Catching Up: Food Festivals and Doughnuts

Oh, dear. It's been so long we're going to need a montage. Remember this song from South Park and Team America: World Police? It's running through my head now. (That's my kind of sense of humor!) Well, I have made some collages (cousin to the montage) for you to catch up on all I've been up to. May was just a blur! Back on Mother's Day weekend, I went to the Atlanta Food & Wine Festival for just one day. It was amazing! I can't imagine how fabulous the rest of the festival was, but even one day at $130 was a major splurge for me. However, food and drinks were everywhere -- a pig on the spit, tents full of craft beers, Southern spirits, fried chicken, handcrafted chocolates -- it was well worth it!


A major highlight was getting to watch Nathalie Dupree make biscuits and Virginia Willis make grits. They were part of a session on these Southern staples and demonstrated their craft. I have fond memories of watching Nathalie back when I was a kid. She had a PBS cooking show that would air on Saturday mornings. My mama and I would watch and laugh at the messes she sometimes made. That was before the days of everything being staged and perfect-looking. Like Julia Child, she spilled and splattered things and gracefully recovered. There will definitely be more on the biscuits and grits, but for now, here's another collage. Note the Kevin Gillespie sighting. And I ate fried pig ears!


The picture below pretty much sums up the Tasting Tents. At one point, I was walking around with three drinks in my hand! I had to throw stuff out, which I hate, but it would have been ugly if I had consumed everything I was given. I definitely hope to go next year. And you'll be hearing more about the two sessions I attended on Southern food and wine. 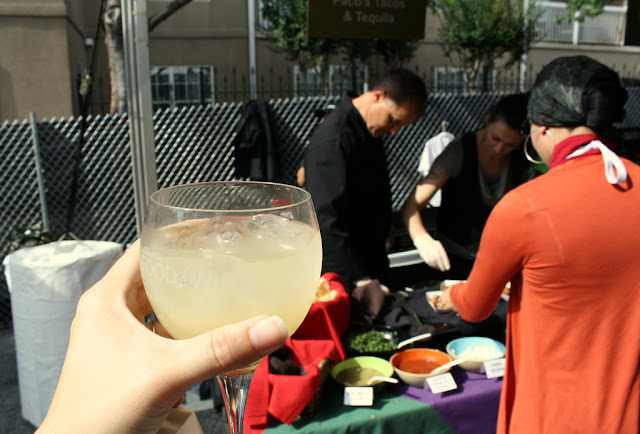 And then after the festival, school ended with warp speed and summer is suddenly here. I have been busy with a big freelance project, thus the blog abandonment. Plus, I just think May is the craziest month ever with all the end of school year events, award ceremonies, graduations and preparations for the summer. To top it off, my baby turned four on May 28 and I made him his requested Spiderman cake. Here's a photo of it melting in the sun.


And finally, one last "montage" to leave you with. National Doughnut Day was June 1st. Naturally, I had to go get a doughnut even though I really don't like doughnuts all that much. Yes, I'm crazy like that. I really want to like them, but my body just can't handle all the grease. I suppose that's a good thing! We went to the legendary Krispy Kreme on Ponce de Leon Avenue in Atlanta where they were giving away free doughnuts for the day. It was my boys' first visit to the store and they were smitten. We stood for about 20 minutes just watching doughnuts travel down the assembly line. They chose the cream filled Krispy Kreme and I went with a lemon cake doughnut. Of course, my husband's fresh from the fryer hot doughnut was the best! 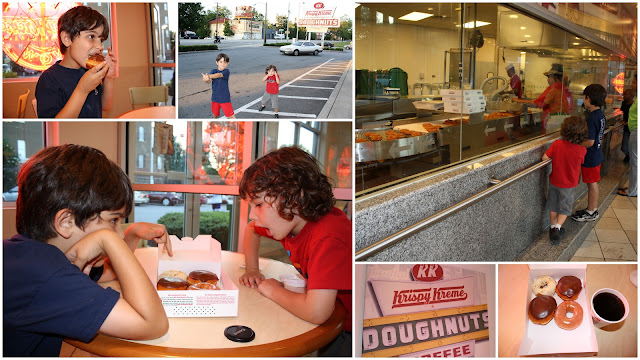 Thank you for viewing my little slide show and for being patient with me as I disappear from time to time. I hope things calm down (but do they ever??) and I can get back to posting more regularly. I hope you all are having a wonderful summer so far. Stay tuned for more.
Posted by Time for Good Food at 12:37 PM